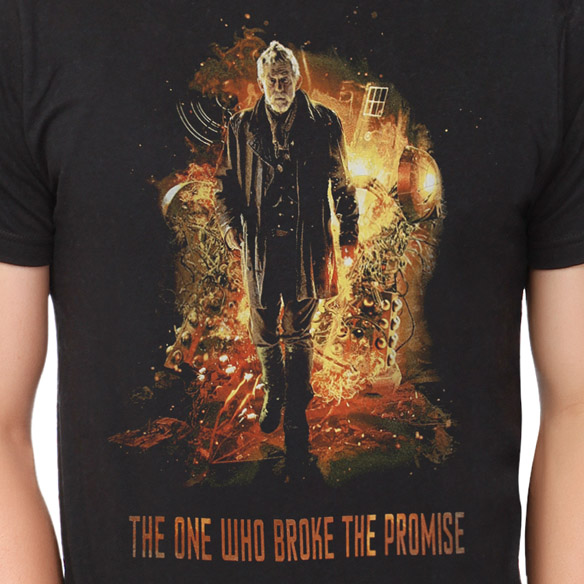 Great men are forged in fire. It is the privilege of lesser men to light the flame. And truly awesome men (and women) wear the Doctor Who The One Who Broke The Promise T-Shirt.

The War Doctor became an instant hit with Whovians, despite his short amount of screen time, but the one who (supposedly) broke the promise gets his moment in the spotlight with this 100% cotton tee, with an image that makes it clear as to why he’s called the War Doctor. The TARDIS is a great time machine and spaceship, but John Hurt’s incarnation of the Time Lord shows that the blue box also makes a spectacular battering ram.

And what do you do after smashing through a platoon of Daleks? You walk through the fire and debris like it ain’t no big thing, keeping your trusty sonic screwdriver at the ready… just in case someone missed the hint that you’re not somebody to mess with. 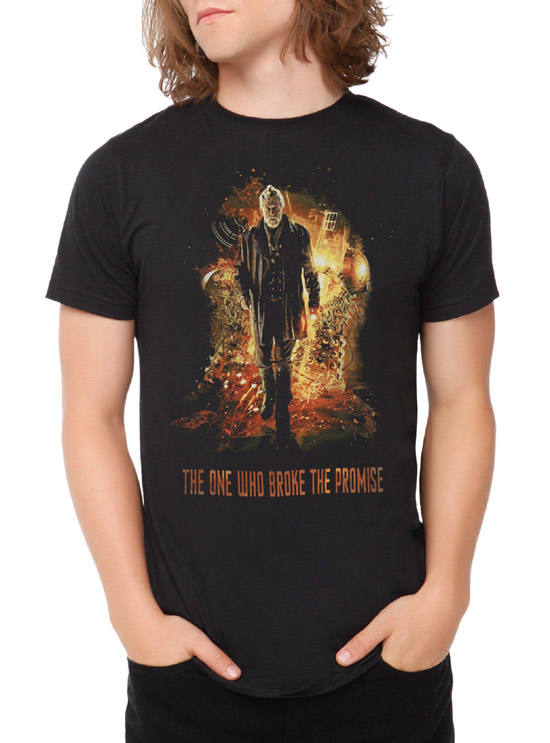 The Doctor Who The One Who Broke The Promise T-Shirt is available for $16.40 at Hot Topic.

Doctor Who The Promise T-Shirt

Reveal your true nature and let everyone know you’re an incarnation of the Doctor with the Doctor Who The Promise T-Shirt, which will let fellow Whovians know you’re not just any ol’ Doctor; you’re the one unworthy of the name, the one who broke the […]

Of course we can’t have a blog called GeekAlerts without mentioning this handmade RAM keychain / zipper pull ($3.50) embossed with GEEK.