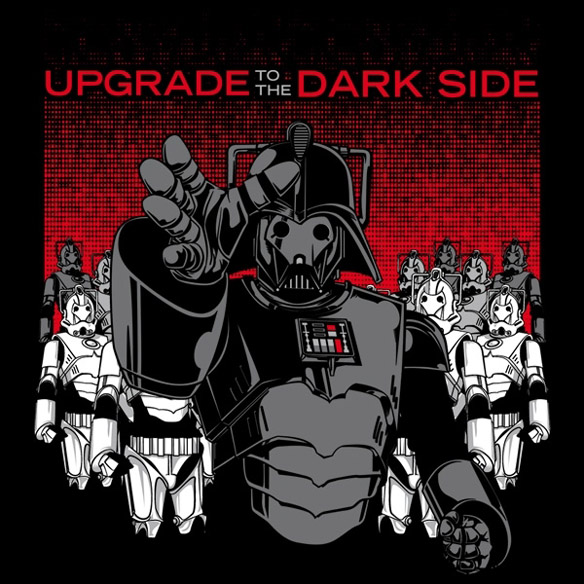 Darth Vader has forged an unspeakably evil alliance with one of the Doctor’s greatest enemies on the Doctor Who Star Wars Darthmen T-Shirt, and not even the Jedi can stand against the new, improved Imperial army.

After having his hand and legs cut off, Vader is more machine than man anyway so getting upgraded probably didn’t seem like much of a sacrifice. Have to feel sorry for all those Stormtroopers though.

The black 100% preshrunk ComfortSoft cotton tee features a Cyberman version of Darth Vader and his stormtroopers as Vader reaches out to strike with his patented Force-choke technique. I wonder if a Cyberman could actually use the Force? 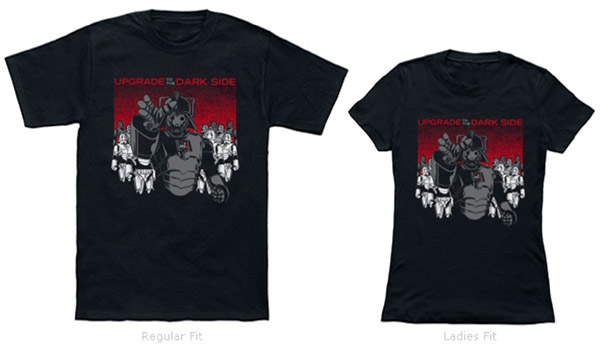 Upgrade to the Dark Side with the Doctor Who Star Wars Darthmen T-Shirt for $14.95 at NeatoShop.

Upgrade your fashion with the Doctor Who Cyberman Touchdown Shirt, and delete any fears about not being stylish. The Cybermen want everyone to be exactly the same but there’s no reason to blend in when this cool touchdown shirt lets you stand out, with an […]