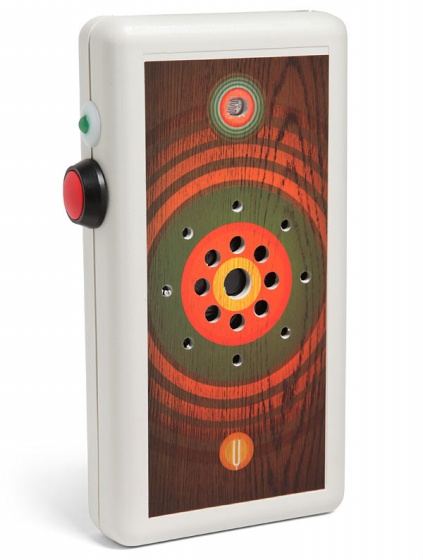 Love creating music and producing some sounds in an offbeat and unusual way? If you do, then I’m sure you’ll enjoy fooling around with the Beep-it Optical Theremin.

Don’t get the wrong idea, because the Beep-it Optical Theremin isn’t just for the musically inclined. This gadget is simple enough that anyone can start playing it, but it’s also complicated in the sense that the sound is produced not by strumming or drumming or blowing into some instrument. Instead, the sound is product based on the amount of light that the theremin is made to come in contact with.

That said, it might be a little hard to duplicate the sounds you can produce from the theremin, so an audio recorder might come in handy in this case. 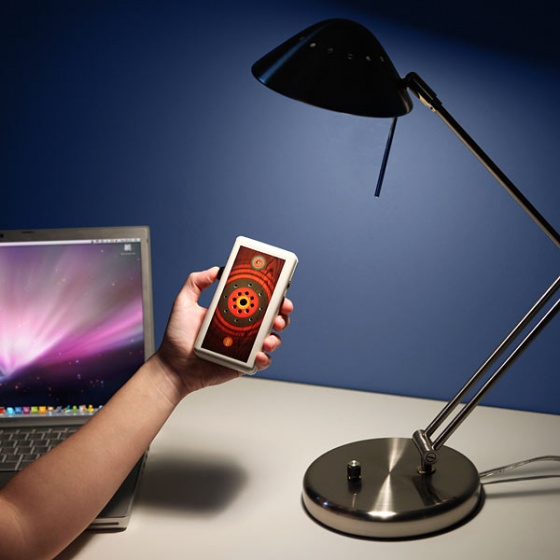 You’ll love the Beep-it Optical Theremin. It is a hand-held, rectangular device that features a Big Red Button, a volume knob, a 1/4″ jack, and a light sensitive resistor. Simply put in a 9 volt battery and you’ll be ready to play.

As an optical theremin, it outputs a square wave whose pitch is controlled by the amount of light striking a photoresistor. You control the pitch by casting shadows over the light sensor or by pointing it toward or away from a light source. Using a flashing light can induce a cool oscillating effect. It’s fun for amateur noisemakers, but powerful enough for professionals working in experimental, hip-hop, electronic, sample-heavy, and indie rock genres.

The Beep-it Optical Theremin is available from ThinkGeek for $39.99.

Get ready to become a style slayer with the Buffy The Vampire Slayer Beep Me Girls Lace Tank Top. Inspired by the episode, Never Kill A Boy On The First Date, this 95% rayon / 5% spandex tank top features the classic Buffy line, “If […]

The Tokyoflash Kisai Optical Illusion Watch is a lot like optical illusion pictures and may require a little training to read the time without using the visual aid. But once your eyes know how to see the time through the optical illusion, you’ll be able […]

Early on in life, we were taught not to smile at crocodiles because, well, you know how that song goes. I don’t know what’s so insincere about crocodiles, though; I mean, I’m sure you’ve also heard that idiom about crocodile tears. There’s nothing fake about […]

Do you work in a job that requires the weighing of small items while simultaneously using your mouse? If you do, you are in luck. This USB Optical Mouse with Pocket Digital Scale should have you covered.

Over the years we’ve seen a few USB Ladybug Computer Mice, but there was one thing they all lacked: bling bling! If you happen to love ladybugs and shiny things, you need the USB Bling Bling Ladybug Optical Mouse. Available in red or pink, this […]

This car-shaped optical mouse might not be the most comfortable of pointing devices, but it can be a fun computer accessory for the true car lover.

Wishing that there was more than meets the eye to your USB mouse? Well the Transformers Grimlock USB Optical Mouse has you covered. This USB mouse offers 800 dpi movement resolution and transforms into the Dinobot  Grimlock. How many USB mouses offer you that? Best of […]

Getting a splinter lodged in your finger doesn’t seem like a big deal… until you try to get it out. You’ll start to wonder if you need to call in the professionals after you spend some time wrestling with the tweezers, the flash light, and […]

Digital Photo Frames are neat and all, but maybe you don’t have the space for one.  Or maybe you would rather just look at your mouse to see pictures of your loved ones or vacation photos. If that’s the case, check out this USB Optical […]