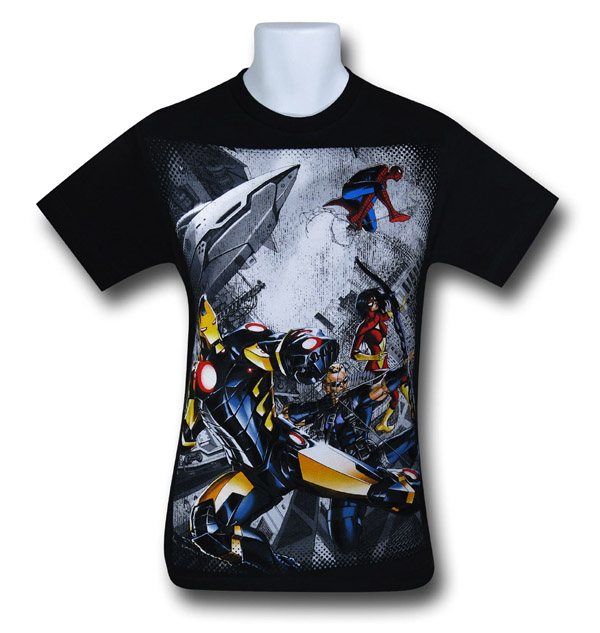 Getting tired of Hollywood’s Avengers? The Avengers City Stance T-Shirt provides a nice change of pace by offering up a slightly different roster of heroes.

This black, 100% cotton tee still brings in some big-screen Avengers power with Iron Man and Hawkeye but it shakes things up a bit with the addition of Spider-Man and Spider-Woman as the foursome gets together to defend the city against an unseen villain.

Will they be successful without the help of the super soldier and the thunder god? Of course, the answer is yes. Spidey and Spider-Woman aren’t exactly wimps when it comes to taking down the bad guys. 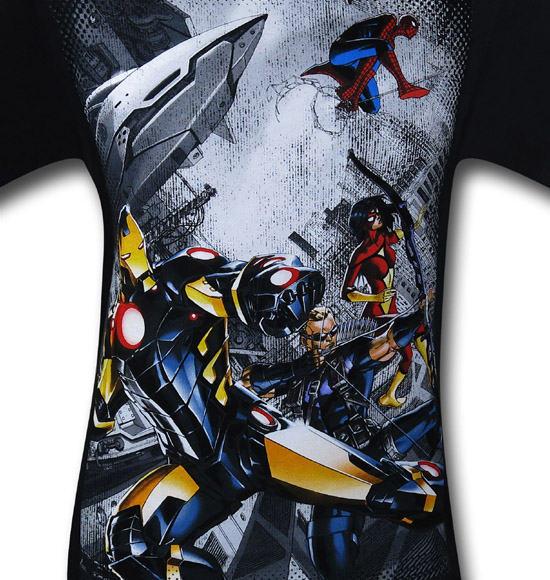 The Superman Text Stance T-Shirt offers what is probably the most informative picture of the Man of Steel that you’ll ever see. If you know someone who (sadly) knows nothing about the Last Son of Krypton, you might want to introduce them to this 100% […]

Words have power, and that’s definitely true with the Batman Text Stance T-Shirt because these words are in the shape of the Dark Knight. Do you know what that means? That means these words can punch you in the face. This gray tee made of […]

You love Star Wars, but you have a dress code at work that doesn’t really go for geeky fashion. No problem because the Stance Star Wars Socks let you keep your love for Star Wars close to your heart. Well, if your heart was in […]