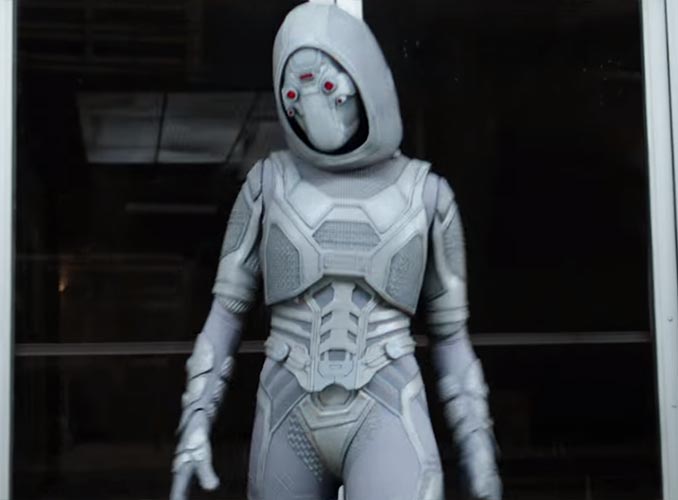 Today Marvel Studios dropped the Ant-Man and The Wasp Unleashed Trailer, which is the latest TV spot for this film that is coming on July 6, 2018. They’ve already had the Official Trailer and Trailer #2, but this one gives some extra footage of the villain, Ghost, so it is worth checking out.

Watch the Ant-Man and The Wasp Unleashed TV Spot from Marvel Studios:

From the Marvel Cinematic Universe comes a new chapter featuring heroes with the astonishing ability to shrink: “Ant-Man and The Wasp.” In the aftermath of “Captain America: Civil War,” Scott Lang (Paul Rudd) grapples with the consequences of his choices as both a Super Hero and a father. As he struggles to rebalance his home life with his responsibilities as Ant-Man, he’s confronted by Hope van Dyne (Evangeline Lilly) and Dr. Hank Pym (Michael Douglas) with an urgent new mission. Scott must once again put on the suit and learn to fight alongside The Wasp as the team works together to uncover secrets from their past.

Ant-Man and the Wasp is coming to theaters on July 6, 2018, and today (January 30, 2018) Marvel Studios released the first Ant-Man and the Wasp Official Trailer. Check it out below in all the HD glory. Real heroes. Not actual size. Watch the brand-new […]

Marvel’s tiniest hero rides into Funko’s Pop! Vehicle collection in a big way with the Ant-Man and Ant-Thony Pop! Vinyl Vehicle with Figure. You might not be a fan of ants when they invade your kitchen but they’re Scott Lang’s greatest allies, with Antony the […]