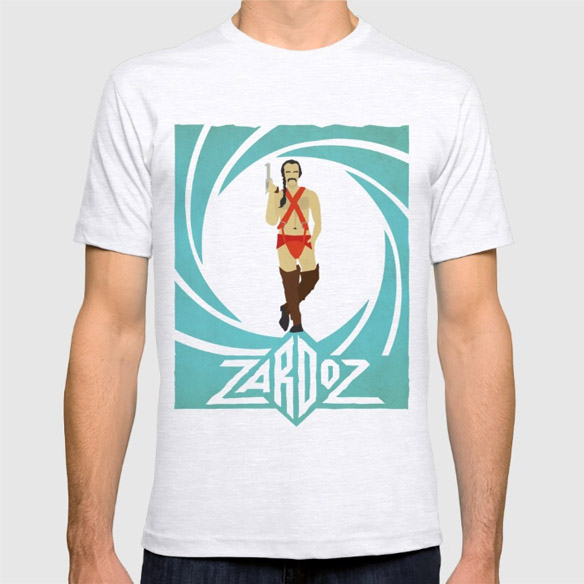 In 1974, Sean Connery, in his second post-James Bond role, became the hero, Zed, in a science fiction film called Zardoz. If nothing else, the movie will forever be awesome for giving us this image. 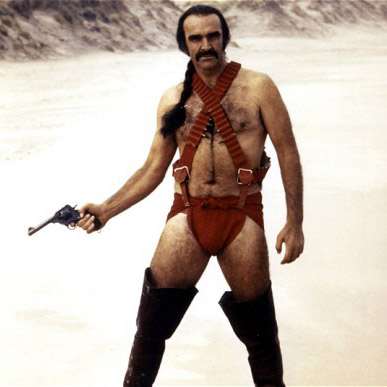 Artist BarbarianFactory, in a move that can only be considered genius, has taken Zed and placed him in the classic James Bond pose, complete with the aperture design that appears in the opening sequence of most Bond films. It’s Connery’s two greatest roles blended together. Awesomeness.

The shirt is 100% cotton and is available in a variety of colors.

The Agent Zardoz T-Shirt is available for $22 at Society 6.

If you’re looking to add a style and performance to your desktop/workstation, the NZXT Aperture M Advanced Media Reader, part of Aperture Series and a new line of accessories from NZXT, is a must have. It measures 5.25 inches wide, features a mesh design and […]

Can you handle this much awesomeness? The James Bond Goldfinger Collection Sixth-Scale Figures practically give you a license to kill. If you like your martini shaken and not stirred, these three figures are the ones you’ve been waiting for. Based on the 1964 film, Goldfinger, […]

We can’t all be James Bond but at least we can pretend to live the life of 007 with the James Bond Remote-Controlled Stunt Car, and we don’t have to listen to Q lecturing us about being careful behind the wheel. While it would be […]

Threadless $9.99 Tees Back To School Sale

It’s hard to believe it’s back to school time already. One great thing about this time of year is all the sales, such as the Threadless $9.99 Tees Back To School Sale. This is the time to stock up on a bunch of Cool and […]

Portal 2 fans who own an iPhone will want to get this Portal 2 Aperture Logo iPhone Case. It’s perfect for all Aperture Labs employees & subjects. Plus it makes your phone look even cooler. This hard case will protect your iPhone 4 or 4S […]

Forget the purse because all you need are these Double Agent Shoes to keep everything with you that you need. Those day-to-day essentials are always just a foot away (ha) when you slip your tootsies into these shoes that would have Agent Peggy Carter getting […]