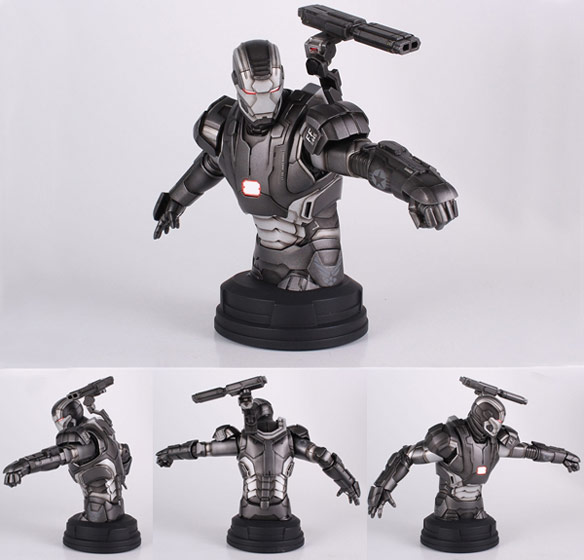 Before Tony Stark’s buddy, Jim “Rhody” Rhodes, gave his armor a patriotic paint job and became the Iron Patriot, it was a sleek black-and-grey design. The War Machine Mini-Bust captures the look of the heavily-weaponed suit of armor before Rhody took fashion tips from Captain America.

Stark might not be the easiest guy to be friends with but if getting a suit of armor like this is the reward for putting up with him, then sign me up. Of course, Rhody technically stole the armor but why get stuck on minor details?

The War Machine Mini-Bust will be available Q4 2013 but it can pre-ordered now for $80 at Gentle Giant.

Are you looking for that perfect gift to get your audiophile loving significant other this holiday season? Then look no further than the newly released Marshall FX Apple Certified Headphones. The Marshall FX headphones come in two versions, Major FX (over-ear model) and Minor FX […]

This Captain America: Civil War Classic Mini Bust is a patriotic and nicely detailed tribute to the First Avenger. Steve Rogers is suited up and ready for action. This classic bust combines the timeless aesthetics of sculpture from Greek and Roman antiquity, with pop culture. […]