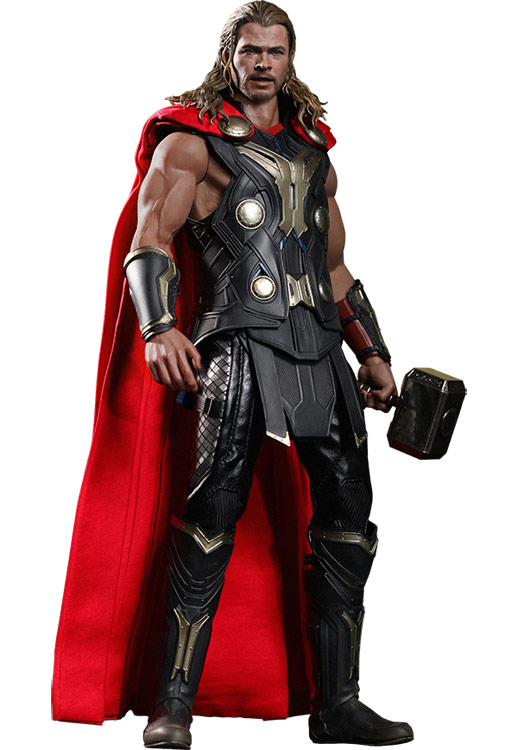 How much armor does a god of Asgard really need? Not much, and the Thor Asgardian Light Armor Sixth-Scale Figure reveals the Thunder God prepared for battle with plenty of bare skin showing.

Most guys (and ladies) would agree that covering up your massive guns is a huge waste of eye-candy, and nobody rocks the bare bicep look like Thor.

In addition to flaunting what Odin gave him, the light armor also allows the hammer-wielding Avenger to move quicker and stay cooler on the battlefield, although fans of Chris Hemsworth might be feeling a little hot under the collar when they gaze upon the detailed, movie-accurate likeness of the actor.

You won’t be able to call down the thunder until September 2014 but the Thor Asgardian Light Armor Sixth-Scale Figure can be pre-ordered now for $229.99 (or for as little as $46.00/month) at Sideshow Collectibles.

It’s time to gear up with the Raiden Inferno Armor Version Sixth-Scale Figure, based on the popular character’s look in Metal Gear Rising: Revengeance. Raiden is armed and ready for action with this 12.60-inch-tall figure that features a body with over 30 points of articulation, […]