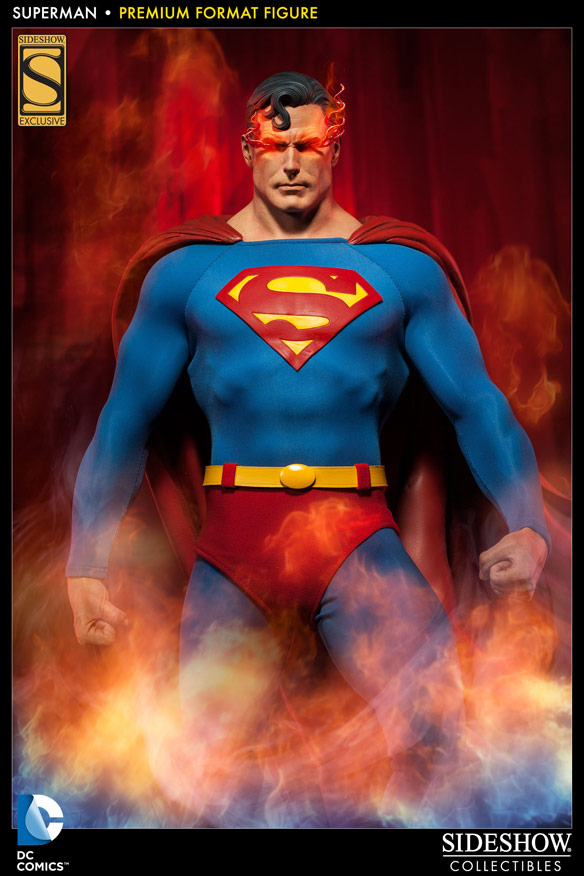 Forget about the New 52 re-design because the Man of Steel is back to wearing his red undies on the outside of his pants with the Superman Premium Format Figure but you don’t want to laugh about that or he might roast you with his heat vision.

Superman has some amazing powers but shooting lasers from his eyes has to be one of his more awesome abilities and that potentially lethal talent is depicted in this new statue, which includes an option to feature the Last Son of Krypton with eyes that are smoldering from the heat being emitted. It’s enough to make the bravest villain feel lucky that Supes is one of the good guys.

The highly-detailed figure features Superman standing on a pedestal that resembles a section of floor in his Fortress of Solitude, with his cape heroically blowing in the wind… because that’s what capes do when they’re being worn by someone as awesome as Superman. If you’re not a fan of the heat vision look, you can choose a regular head that features Superman without the smoldering heat effect. 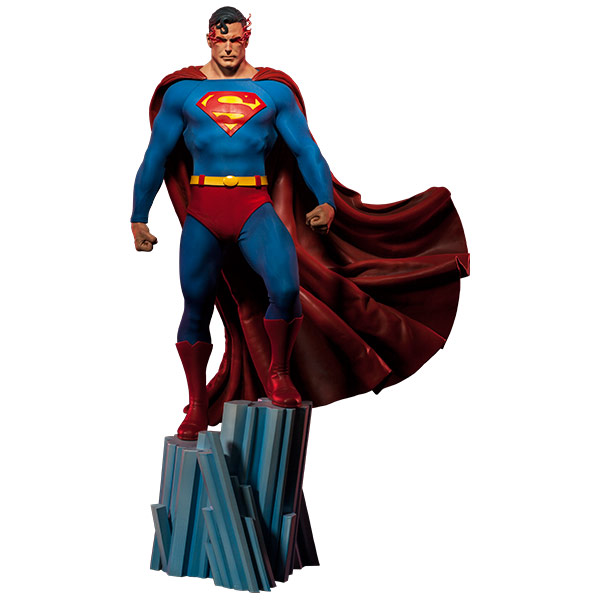 The Superman Premium Format Figure won’t be melting anything until January 2014 but it can be pre-ordered now for $399.99 (or for as little as $66.67/mo) at Sideshow Collectibles.

The Man of Steel has a seriously cool place to chill on the Superman: Fortress of Solitude Art Print. Maybe it’s just me but this 18″ x 24″ print makes me think of Richard Donner’s Superman, but even if you don’t get that particular vibe, […]

Superman soars into action on the Man of Steel Fortress Of Solitude Screen Print, featuring the latest big-screen version of Krypton’s greatest son, as revealed by the lack of red undies. Artist Luke Butland brings us a limited-edition, hand-numbered and signed poster of Superman soaring […]