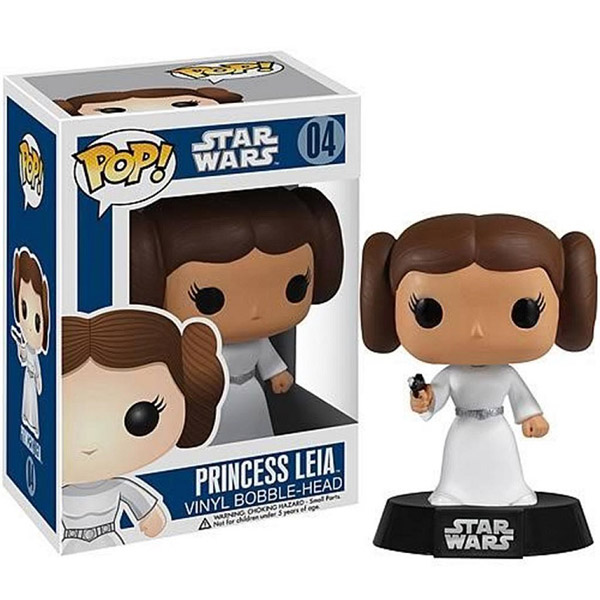 The Star Wars Princess Leia Pop! Vinyl Figure Bobble Head features the woman who might be princess by birth but she’s the queen when it comes to insults.

With a sharp tongue deadlier than Han Solo gunning down Greedo and fast enough to slip past Luke Skywalker’s lightsaber defenses, nobody was safe from this bunhead’s wit. She even put Vader in his place with the comment about Tarkin holding his leash.

Sadly, this 3 3/4-inch-tall bobble head doesn’t talk but it should always bring fresh memories of asking a rescuer if he’s too short to be a stormtrooper or calling a giant Wookie a walking carpet.

The Star Wars Princess Leia Pop! Vinyl Figure Bobble Head will be available later this month but it can be pre-ordered now for $9.99 at Entertainment Earth.

The Star Wars Princess Leia Rebel Tattoo Tote Bag celebrates our favorite rebel Princess ona black faux leather tote purse with Leia tattoo artwork applique. It will carry all of your things and look amazing doing it. This bag has a large open interior with […]