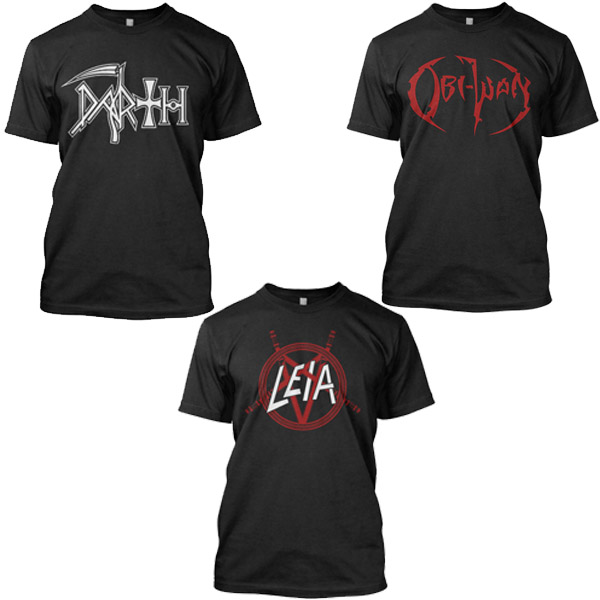 Star Wars meets Metal Wars on the Star Wars Death Metal T-Shirts, for those who like their geekiness with a little edge of darkness to it.

Darth Vader, Obi-Wan Kenobi, and Princess Leia get a Death Metal makeover with shirts that show their names in an entirely new way. I especially like the Obi-Wan shirt because it’s so stylized that you really have to pay attention to see the name within the design… and the idea of a Jedi blending in to the point of being invisible just fits the character.

However, being more apparent doesn’t mean the Darth or Leia shirts are lame. While the princess within a pentagram doesn’t personally do anything for me, I love that Vader’s name has been given a Death-style look, complete with razor-sharp scythe.

The Star Wars Death Metal T-Shirts will be available July 7, 2014 but they can be pre-ordered now starting from $15 at MetalSucks.