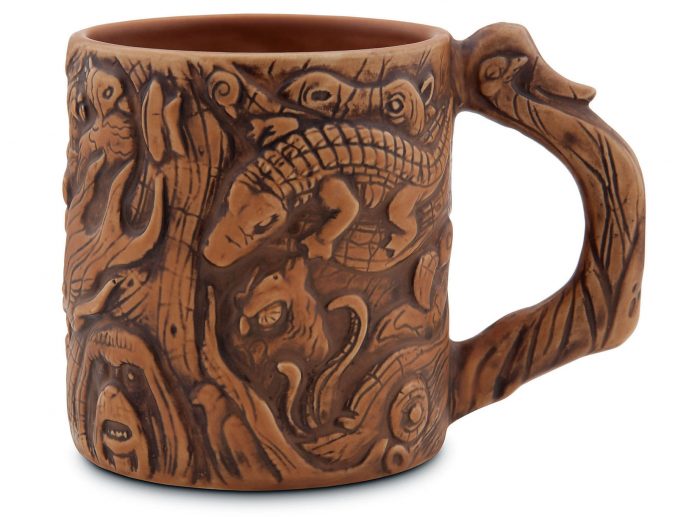 If you’ve been to the Animal Kingdom at Walt Disney World, you probably saw the Tree of Life on Discovery Island. It’s an epic 145-foot tall tree with the shapes of over 300 animals carved into it to honor the diversity and beauty of animals and the place they share in the Circle of Life. Disney’s Animal Kingdom Tree of Life Mug, which was created especially for the Walt Disney World Resort is inspired by this tree.

Made of ceramic, the Animal Kingdom Tree of Life Mug is an extra-large coffee mug, with a capacity of 24 ounces. It features Bas-Relief sculpting featuring numerous animals.

Quench the wild thirst within from this jumbo sized souvenir mug featuring a sculptured animal ”bark” pattern inspired by the Tree of Life at Disney’s Animal Kingdom.

Forgetful types might want to sip their coffee from the Memo Mugs, where they can scribble some reminders or random stuff on the surface. Those who might want to prevent mug theft or unauthorized mug usage might want to check out the Plug Mug for […]