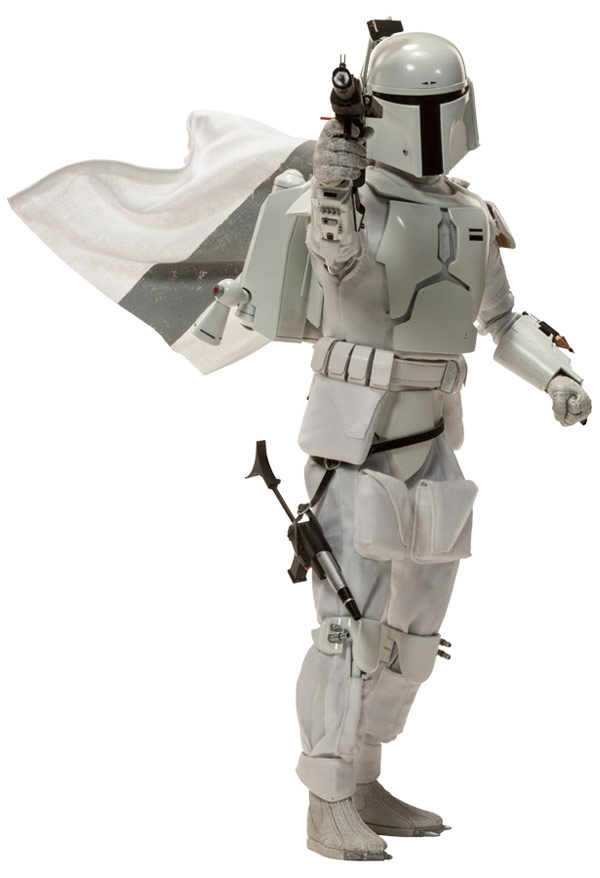 Show your skill as a bounty hunter and capture the Boba Fett Prototype Armor Sixth Scale Figure for your Star Wars collection because the man who brought in Han Solo is wearing something a little different.

Back in 1978, before Boba Fett was given his signature look, an early ‘Supertrooper’ design was planned for him, making him appear to be an elite Stormtrooper dressed in all-white armor. Eventually, Fett arrived in the Star Wars universe with his iconic armor but you can still get your hands on the Mandalorian with his originally-planned wardrobe, with this special Sideshow Exclusive edition featuring a Star Wars beach towel cape and a matching design on the base. 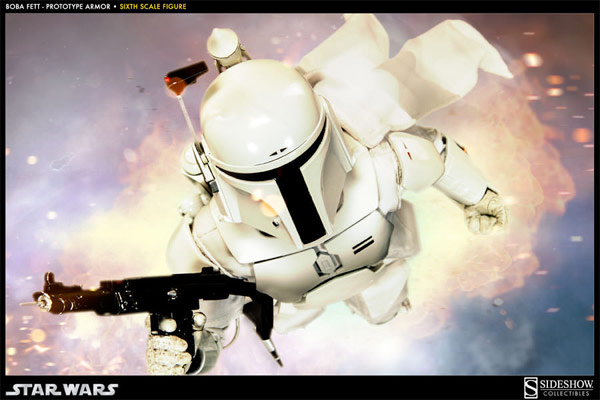 The Prototype Armor Boba Fett Sixth Scale Figure will be available February 2014, but it can be pre-ordered now for $179.99 at Sideshow Collectibles.