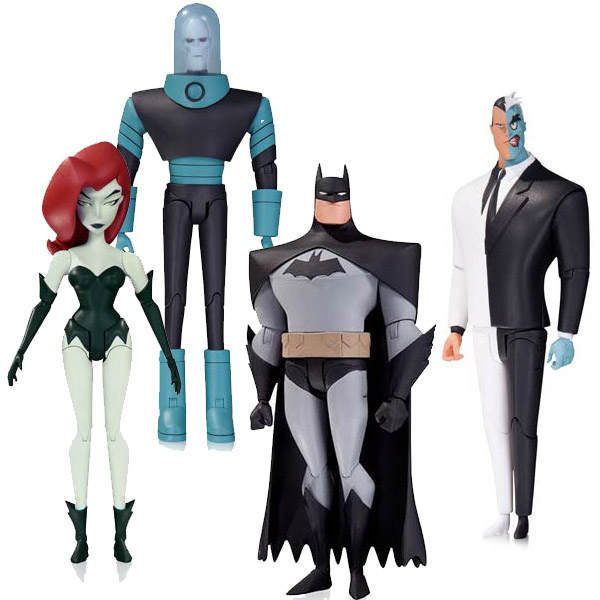 Fans of the popular animated television series from the late 90s will love the New Batman Adventures Action Figures, based on the character designs of Bruce Timm.

While still strongly resembling their comic book counterparts, the characters in the animated show feature a sleeker look to mimic other popular cartoons of the time, and to make them a little different from the earlier Batman: The Animated Series, which TNBA was actually a continuation of. Batman, Poison Ivy, Mr. Freeze, and Two-Face each stands 6-inches tall, feature multiple points of articulation, and come in blister card packaging.

The New Batman Adventures Action Figures will be available December 2014 but each can be pre-ordered now for $22.99 at Entertainment Earth. Choose from Batman, Poison Ivy, Mr. Freeze, and Two-Face.