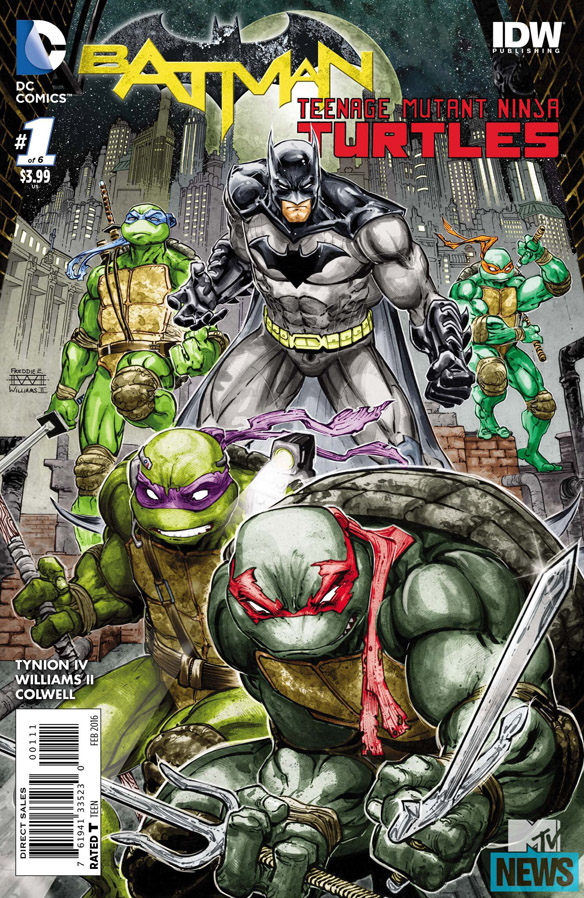 The Dark Knight better make sure the Batcave is stocked-up on pizza because he’s about to have company in the Batman/Teenage Mutant Ninja Turtles Comic Book.

The evil Foot clan has been transported to our dimension and they’re up to no good. Fortunately, they arrived in Gotham City, which means they’ll have to deal with Batman. Even more fortunately, a certain group of masked heroes in a half-shell were also brought to our world.

That’s right, comic book fans. DC Comics and IDW have teamed-up, allowing Batman to join forces with Leonardo, Raphael, Donatello, and Michelangelo to show the bad guys that the forces of evil are no match for bats, turtles, and pizza.

The Batman/Teenage Mutant Ninja Turtles Comic Book will be available December 9, 2015 but it can be pre-ordered now for $3.99 at Forbidden Planet.

What time is it? Pizza time of course. This Teenage Mutant Ninja Turtles It’s Pizza Time Bi-Fold Wallet will make you say cowabunga dude! This awesome Bi-fold wallet has an eye-popping pizza design. The interior has card slots, a billfold and clear ID display. It […]

The heroes in a half-shell have mutated once again, transforming into the Teenage Mutant Ninja Turtles Pop! Vinyl Figures, but they’re still able to kick butt so order a few pizzas to keep these little guys happy. With their signature weapons in hand, these 3 […]