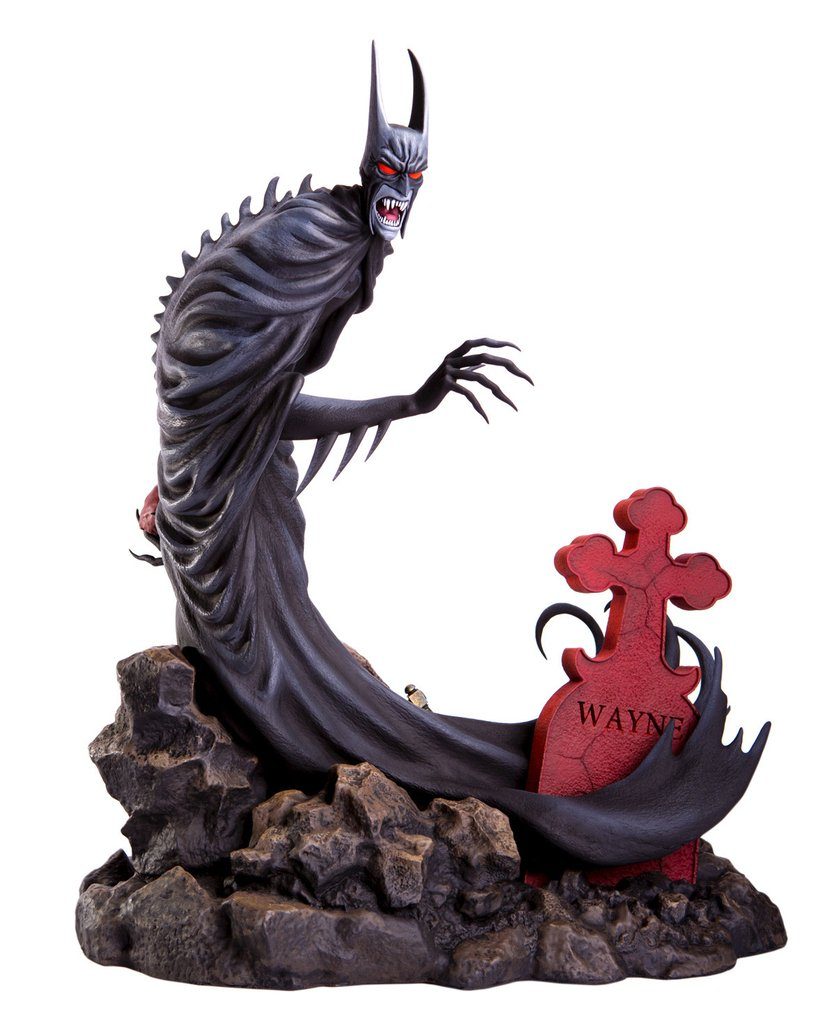 The Dark Knight adds fangs to his arsenal of weapons with the Batman Red Rain Statue.

Based on the popular DC Comics character as he appeared in 1991s Red Rain, a transformed Batman stalks the streets of Gotham City at night in search of justice and blood.

Inspired by the Red Rain poster created by Francesco Francavilla, the highly-detailed statue stands approximately 15-inches tall and features a fang-baring Batman standing over the grave of Bruce Wayne, a skull-filled casket hidden behind him.

The Batman Red Rain Statue will be available during the 2nd quarter of 2017 but it can be pre-ordered now for $250 at mondotees.com.

The problem with being a sophisticated vampire is those unsightly blood rings left on the coffee table because your victim didn’t have the common decency to bleed directly into your wine glass. The True Blood Fang Bite Coaster Set helps with the mess, while showing […]

Kids love to pretend that they are superheroes. Even in the rain. These Superman Kids Costume Rain Boots will transform your child into a Kid of Steel. Your child will actually want it to rain so that he or she can wear these and get […]

Your child will become Gotham’s guardian when he wears this Batman Kids Costume & Cowl Rain Coat. Your little Caped Crusader will look great and stay dry on even the rainiest day. This coat is 100% Polyurethane and the liner is 35% Cotton and 65% […]

Let your kids have some adventures in the rain with this cool Spider-Man Kids Costume Rain Coat. And he won’t even have to spend any time working for the Daily Bugle. In fact your child won’t want to wear any other coat, once he or […]