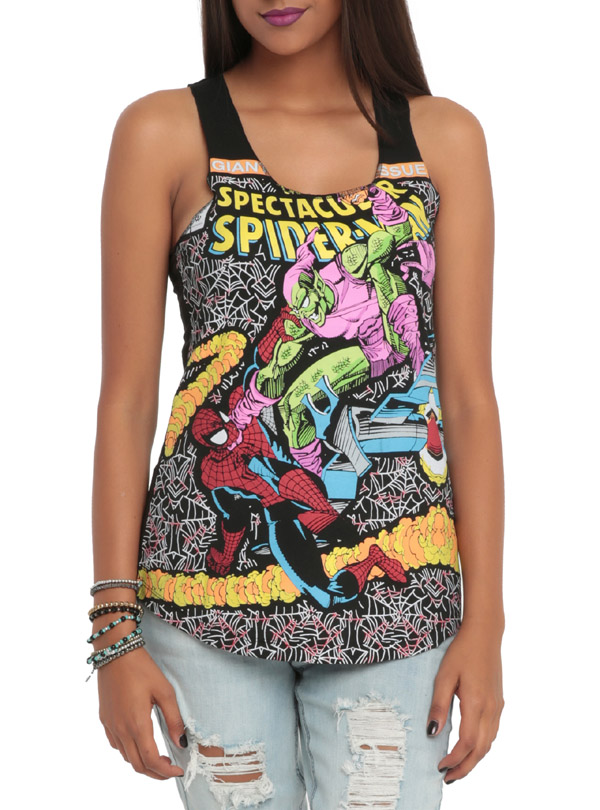 Hollywood has tried twice to ruin the Goblin on the big screen, with the last outing leaving a particularly bad taste in the mouth with the weird Beavis-Goblin, but the dude is actually a wicked villain in the comic books, and that’s very apparent on this 100% cotton top that features the cover of Spectacular Spider-Man #200, with the Goblin having Spidey in a strangle-hold as they soar through the air on the Goblin Glider.

Peter Parker’s web-slinging alter-ego gets some vintage style with the Spider-Man Art Deco Ladies Tank Top. Wear it or frame it? That’s the question that you’ll ponder with this racerback ladies’ tank that has a 95% polyester / 5% spandex front with a 100% rayon […]

The Spider-Man Sharkbite Lace Tank Top is one web all the ladies will want to get caught in. Made of 95% rayon and 5% spandex, this officially-licensed red tank top features Spider-Man’s iconic spider logo on the front, in addition to spider web lace detailing […]