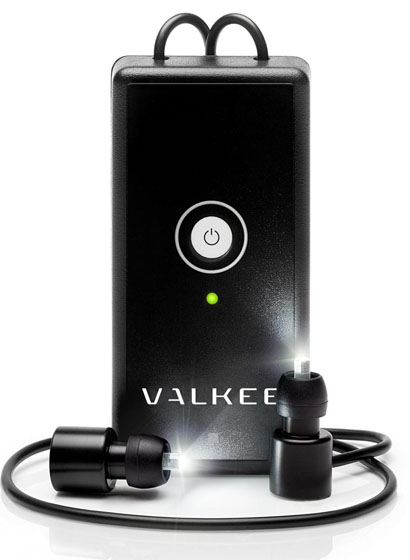 Have you ever felt jetlag, severe tiredness or anxiety? Well the Valkee Brain Stimulation Headset could help. Developed and researched since 2007 by a venture-funded, scientifically backed Finnish company, the Valkee uses light sent through the ear canals to focus on photosensitive regions of the brain; which after 8-12 minutes of daily use could drastically reduce mood swings and circadian rhythm disorders. Anything to help get through the East Coast winters and business travel sounds great to me! 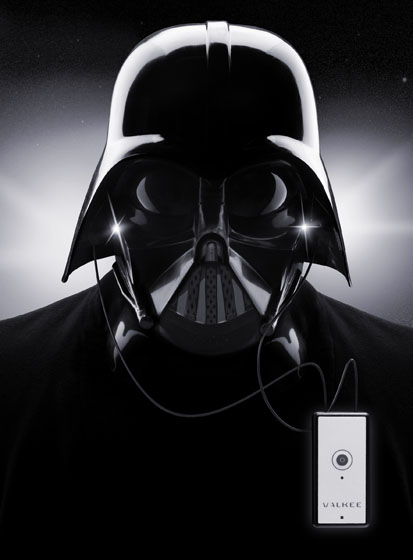 Valkee’s brain stimulation headset is based on new findings in brain science and bright light therapy. It has been studied since 2007 in the University of Oulu, Finland, by approximately 20 scientists cross-functionally in neurobiology, psychiatry and brain biology. In total, research has included over 350 study subjects, making it one of world’s largest programs in bright light research.

Valkee’s research has concluded the following:

Valkee continues to publish its scientific results in leading scientific forums and publications during 2011.

Maybe if Vader used the Valkee the universe would have been a little nicer place!  To learn more about the Valkee Brain Stimulation Headset click on Valkee.com and you can also pre-order it there for £185.

Valkee might look your average MP3 player, but it has actually nothing at all to do with audio. This portable device is instead used for bright light therapy.

Work is tough and the sometimes we just wish everyone could understand how we are feeling.  The Daily Mood Flipchart with its 47 different mood descriptions, lets you flip to the page representing how you feel that day.  Now when coworkers come by your desk, […]

Forget caffeine as a stimulant because nothing gets the ol’ synapses firing like a little electricity zapped into your brain with the Foc.us tDCS Headset. Chances are that electro-shock therapy isn’t for everyone but hardcore gamers will do just about anything to get that edge […]