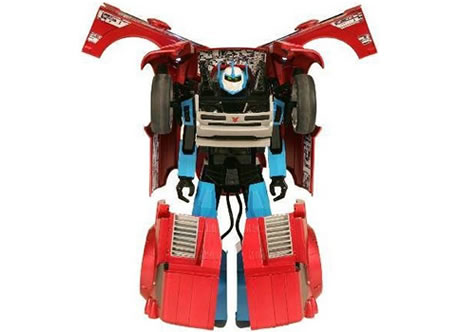 Some of you might have heard of the V_Bot from RC2, it’s been featured in several gadget blogs lately. To my knowledge, this is however the first ever video of the cool 3-in-1 R/C car, dancing robot and MP3 speaker:

V_Bot is operated via a handheld remote control, simply press a button to switch from vehicle to robot. The later mode gives you access to the 720 pre-programmed dance moves.

The universal docking system for the MP3 speaker makes the toy compatible with just about any portable player out there.

The UFO Robot Grendizer Flash Drive with Saucer Docking Station is a real treat for fans of Japanese robots and UFOs. And for fans of flash drives too. This awesome set gives you 4GB of storage and the robot has articulating limbs. The UFO allows […]