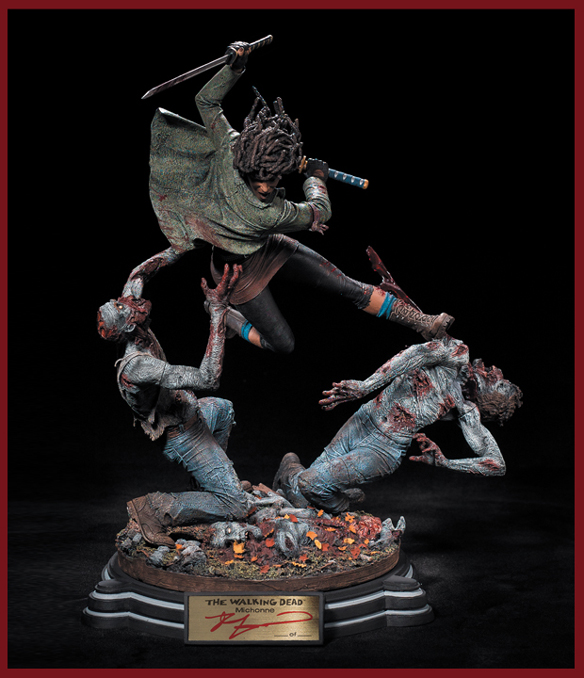 When I get bored, I switch on the TV and watch The Walking Dead. When an experienced zombie killer gets bored, she whips out her sword and takes out some Walkers. The Walking Dead Michonne Resin Statue features the mistress of the katana doing what she does best… because a statue of me sitting on the couch and watching TV isn’t nearly as interesting.

The statue depicts an epic scene that features Michonne leaping into the air as she lets the steel sing. One zombie is already down for the count and its two buddies are on the fast-track to being permanently dead as bones crunch and blood shoots through the air. 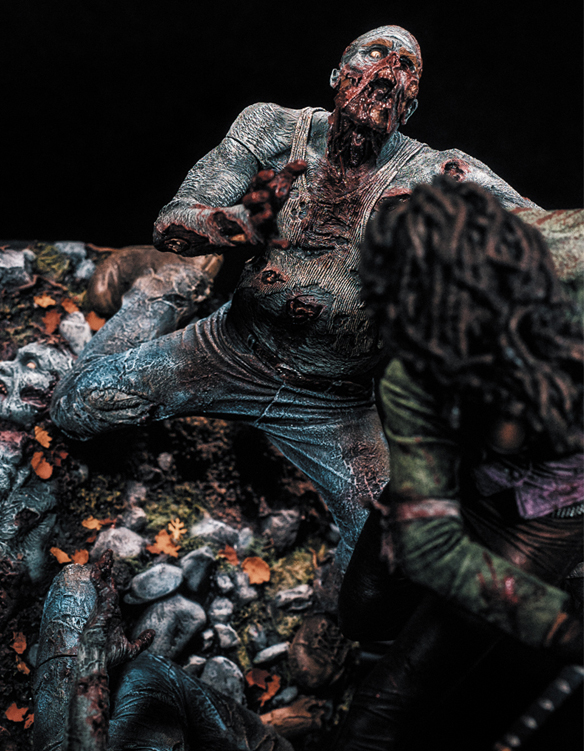 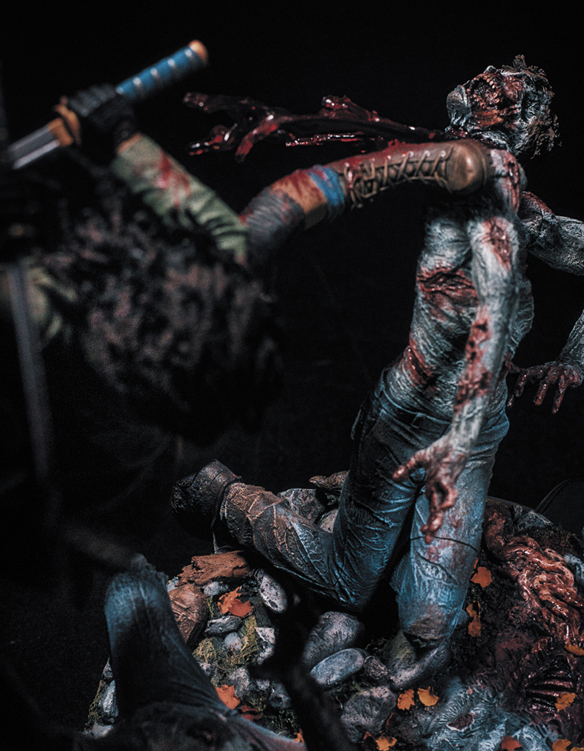 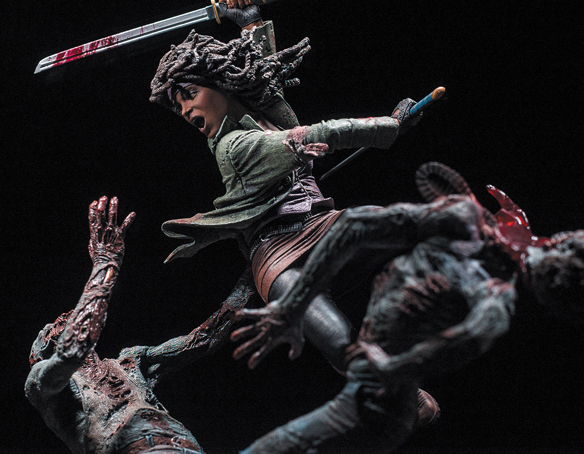 Of course, something loaded with this much awesome has to be limited edition so there will only be 1500 made but you’ll be feeling pretty special if you get one because each sequentially numbered piece is hand-signed by The Walking Dead creator Robert Kirkman and includes a Certificate of Authenticity hand-signed by Todd McFarlane.

As if that wasn’t enough, the statue features a unique design because it rests on a rotating display base so you can view the scene from any angle possible while still keeping the base facing forward.

You can pre-order The Walking Dead Michonne Resin Statue at Spawn.com for $295, with delivery expected during the 3rd quarter of 2013. Your credit card won’t be charged until one week prior to the shipping date.

The toughest woman to ever swing a katana during the zombie apocalypse is captured in all her glory with the Walking Dead Michonne 18-Inch Statue. Actress Danai Gurira has done an excellent job of bringing Michonne to life for AMCs The Walking Dead, and Gentle […]