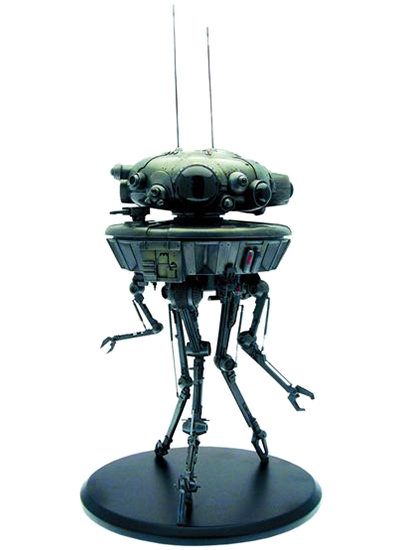 Remember the Viper probe droids that the Galactic Empire dispatched to search for the Rebel Alliance at the beginning of The Empire Strikes Back movie? Now with the Star Wars Probe Droid Statue, you can have a sculpture of this memorable character. Made of cold cast resin this limited edition statue, which is imported from France, is impressively detailed. 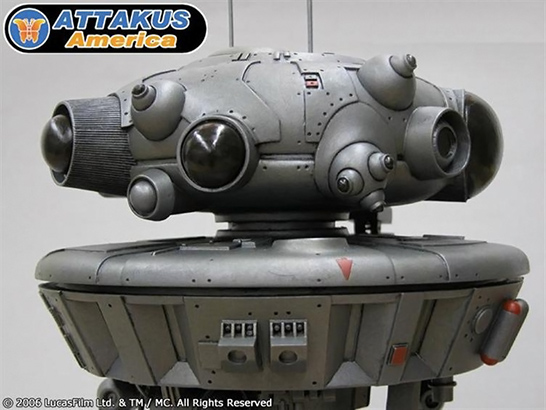 Wouldn’t this look great in your collection? But watch yourself… he’s got great aim! This astounding Probe Droid Statue is magnificently detailed, imported from France, stands an impressive 16 1/2-inches tall, and is made of cold cast resin. He’s currently on the hunt for Rebels or a collector worthy of his respect and loyalty. Would that be you? If so, act quickly before he disappears from your sights forever! Limited edition of 1,500 pieces.

Pre-order the Star Wars Probe Droid Statue for $774.99 from Entertainment Earth. Delivery is expected in June 2011.

R2-D2 may be the most well known Astromech Droid out there, but he’s not the only one. Real fans can now collect some of the other astromechs with these limited edition Star Wars R2-Q2, R2-R9, R2-X2 Droid Bobbleheads. Each is available exclusively at Entertainment Earth, […]

Who could forget the classic scene from Star Wars when the droids escaped the empire by using an escape pod, which shot them down to Tatooine? Now you can own the LEGO set and make the scene your very own with the LEGO Star Wars […]