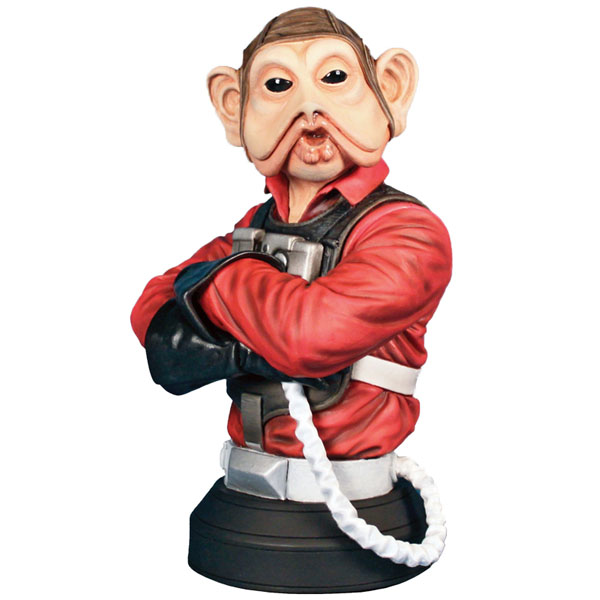 He was there at the battle of the second death star right by Lando’s side. You know him. You love him. Nien Nunb. Now you can celebrate him with this Star Wars Nien Nunb Mini Bust.

He is a hero and a legend. This Sullistan smuggler helped Lando fly directly into the center of the second Death Star to blow up the reactor core.

I would want him by my side in battle as well. This 1/6 scale mini bust is a must buy for any Star Wars fan. Just £54.99 from Forbidden Planet. Also available at Amazon.com.