Check out the new Spider-Man: Far From Home Teaser Trailer for a preview of what to expect when this movie drops this summer. It will be released in theaters on . Update: The released date has been moved up to July 2, 2019.

The gang from Homecoming is back with Tom Holland as Peter Parker / Spider-Man, Marisa Tomei as Aunt May, Jacob Batalon as Ned, and Zendaya as MJ. This time the supervillain is Mysterio, played by Jake Gyllenhaal. It is directed by Jon Watts, who also directed Spider-Man: Homecoming. Likewise, the writers, Chris McKenna and Erik Sommers, also worked on the screenplay for the previous film.

Peter Parker (Tom Holland) and his friends go on summer vacation to Europe, where Peter finds himself trying to save his friends against a villain known as Mysterio (Jake Gyllenhaal).

Here is the Spider-Man: Far From Home theatrical poster: 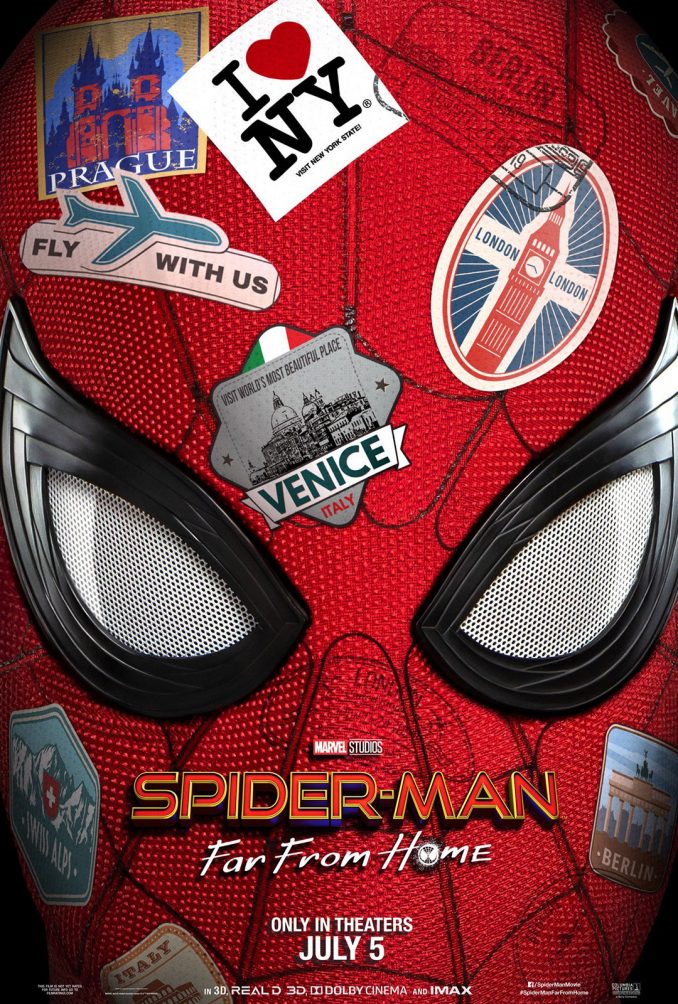