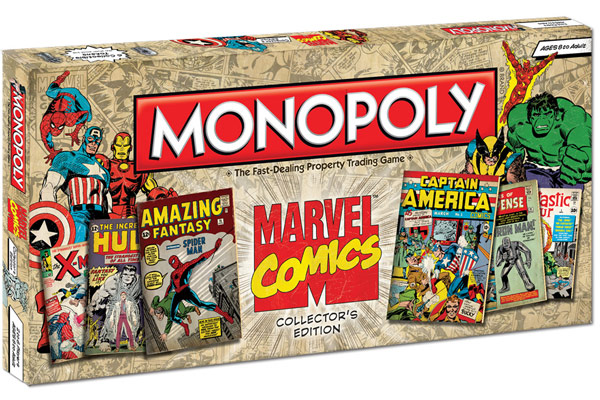 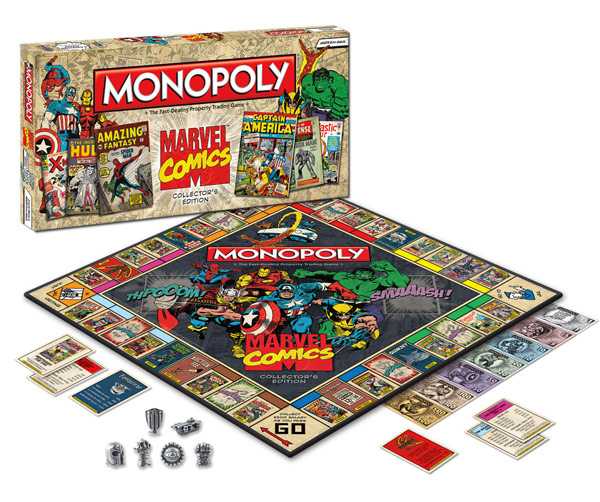 MONOPOLY: Marvel Comics Collector’s Edition
Amass the ultimate comic book collection as you buy, sell and trade your way through the Marvel Comics Collector’s Edition of MONOPOLY. Negotiate your way past your peers collecting a multitude of Marvel’s most magnificent and momentous comics of all time. From your friendly neighborhood Spider-Man’s first ever appearance in “Amazing Fantasy #15” to the dynamic debut of the first family of superheroes in “Fantastic Four #1,” your rise to success will depend on the strategic deals you make and the chances you take. ‘Nuff said!

Sit down and enjoy a fun board game with friends and family. You can purchase the Marvel Comics Collector’s Edition Monopoly at Amazon.com for $32.99 with free shipping.